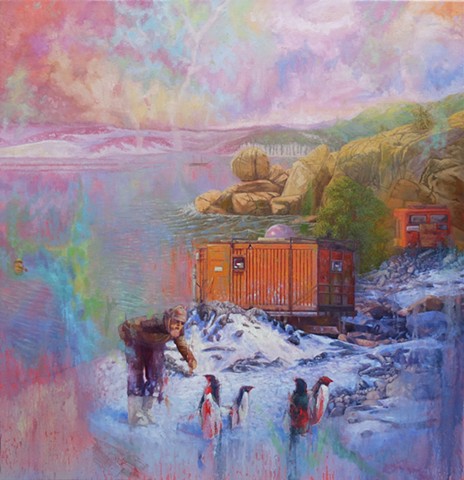 The inspiration for this new body of work comes via film photographs Martyn's Father took whilst working as a helicopter pilot, based at Casey Station in Antarctica during the 1980s.

Antarctica has experienced some of the most rapid warming on Earth, and the landscape has significantly changed since the snapshots were taken. Once-stable ice shelves are melting faster, endangered animal habitats are declining, & the human footprint in the region is increasing. In the past, the photographs were private mementos of a far-off alien land, but now are darkly prophetic.